Our Chic & Slim Special Correspondent Kat has been traveling in South America. This week she emailed that she had climbed Machu Picchu, the historic Inca city in Peru — and survived the climb. Kat included a photo. 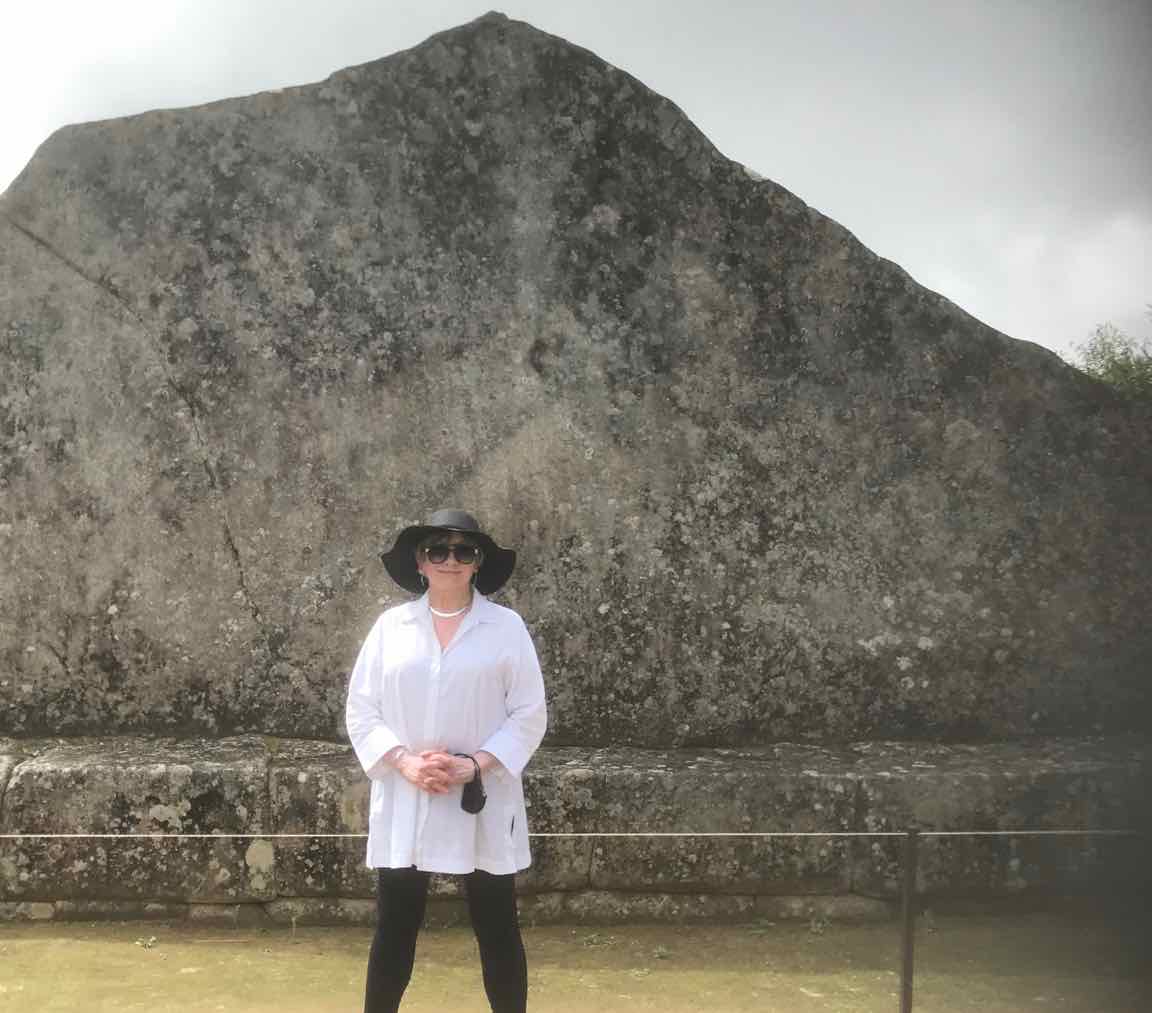 In response to the photo she sent, I emailed the comment that not only had she survived the climb, but she managed the climb looking extremely chic.

Kat wrote: “I find a pair of leggings and a big white shirt does the trick almost every time. Add sun hat, sunglasses and sensible footwear and you’re done.”

As for food to keep up strength for the climb, Kat wrote:

I had the best airport meal ever in Lima. An early start meant no breakfast and arrival time at hotel meant no lunch so food before boarding seemed advisable. Among the usual gringo food outlets I spotted a tiny cafe where people were eating soup. I had a papaya and custard apple juice and a big bowl of chicken and vegetable soup with giant sweetcorn and rice which had never been near a can. Absolutely delicious.

And then, in Cuzco. there was the roasted guinea pig lunch.

As always, much thanks to Kat for her photos and information.