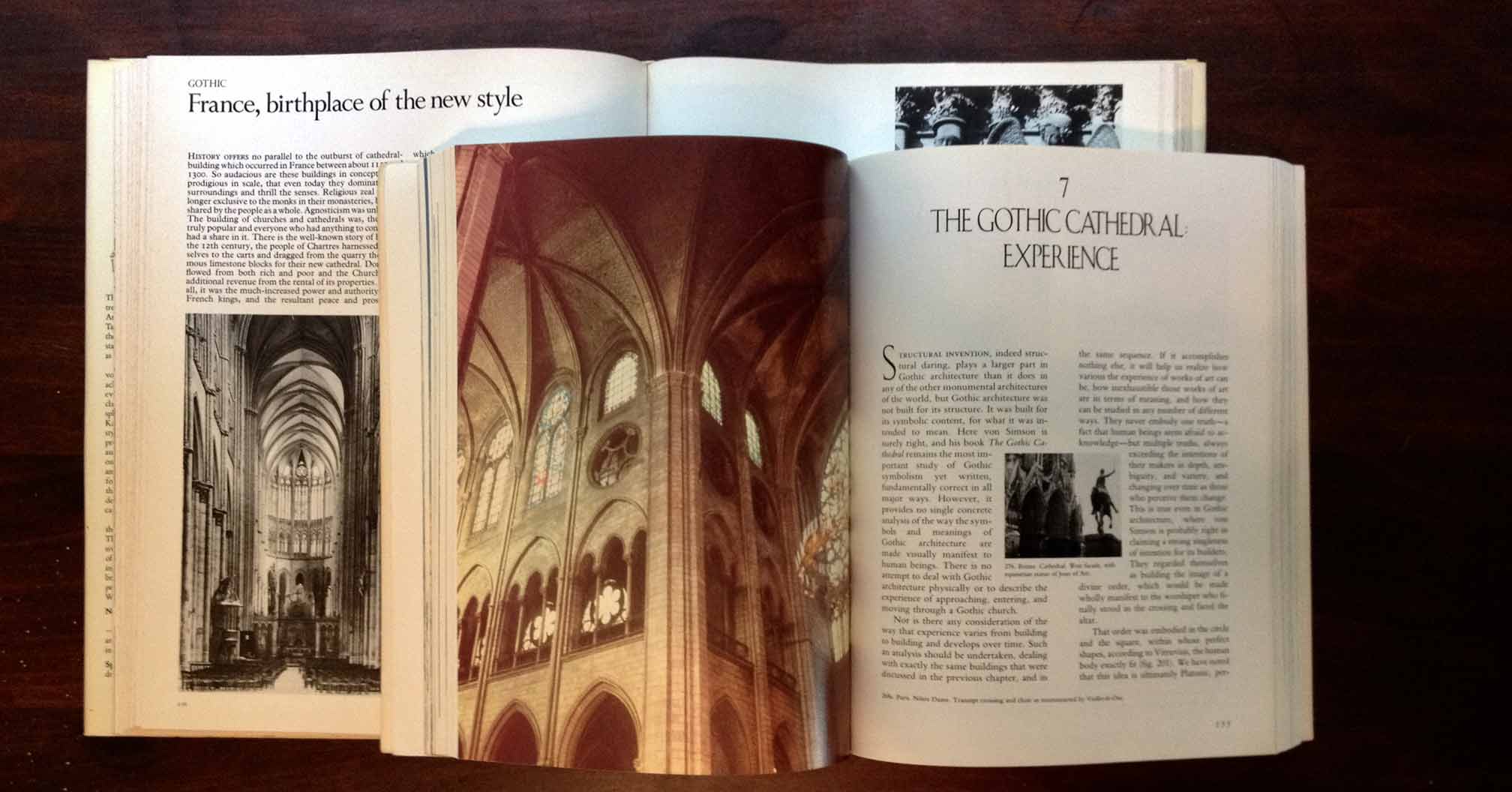 Heartbreaking to watch the flaming Gothic spire collapse. The destruction of such beauty and architectural and symbolic significance is painful to contemplate. But out of this horrific event, there are reasons for hope.

Horrific because of the cathedral’s historic and symbolic importance. Notre Dame, Paris, is one of the two great examples of early Gothic architecture. And far better known and visited than Laon.

As the architectural authority Vincent Scully writes in his chapter The Gothic Cathedral Experience, Gothic architecture is important not just for its structural invention and structural daring, but for its symbolic content — what it was intended to mean to those who experienced the architecture. And through the centuries, the French experience of the Notre Dame Cathedrual in Paris goes beyond the religious. It encompasses much of the soul of France.

Hope because, as Michael Kimmelman, architecture critic for the New York Times, points out in his article on the fire, Notre Dame, over its more than 850 year history, has undergone various destructions and reconstructions. What the 13 million visitors a year have seen in recent years is not the building as it was originally built. In fact, that color photo you see in the center of the above image is the transept crossing and choir as reconstructed by Viollet-le-Duc in the 19th century.

Early estimates are that, despite the recent extensive damage, Notre Dame can be rebuilt and restored . And, hopefully, the rebuilding and restoration with be a unifying focus for the French who, of late, have been divided on many issues.

Like the funds for the original construction of the French Gothic cathedrals in the Middle Ages, donations today for the reconstruction are already coming in from the poor as well as the rich.

Yet another reason for hope: the current French president is well aware of the importance of Gothic architecture for France. Emmanuel Macron grew up in Amiens whose Gothic cathedral is in some ways architecturally superior to Notre Dame as well as Chartres.

So we watch, sad but hopeful for a restored cathedral — and perhaps some restoration of France herself.